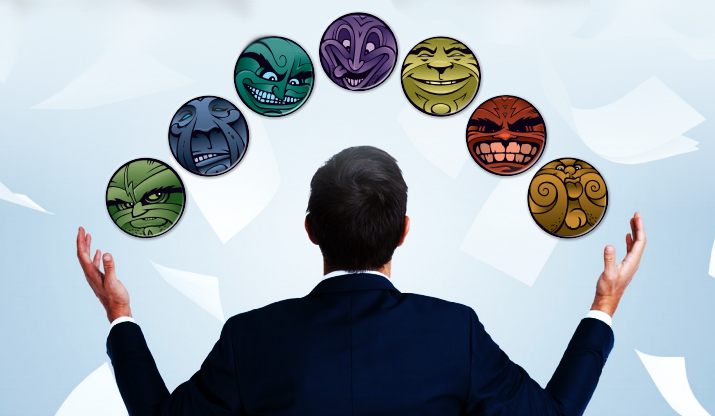 One of the key tenets of effective management and happy employees is for managers to lead by example. And it’s  especially difficult for managers that do not exhibit to their  subordinates the traits they expect of their workers.

A recent study by Florida State University shines the light on what employees think of their managers by focusing on how guilty they are of the time-honored seven deadly sins.

Researchers, who polled 750 mid-level employees, said workplaces are seeing increased levels of hostility due in large part to a deterioration of trust between supervisors and the people they manage. Worse yet, the poll found that employees who feel their bosses are guilty of sins have impaired work productivity and poorer health.

The employees polled were asked to describe how often they personally experienced a direct supervisor’s sins of wrath (anger), greed, sloth (laziness), pride, lust, envy and  gluttony in the workplace.

The seven deadly sins are a classification of objectionable vices that have been used since early Christian times. The most common sins that were reported across genders, different industries and levels of responsibility were sloth, lust, pride and greed.

While this would seem to be bad in and of itself, the results of having a boss that is guilty of one or more of these sins are worse.

The above highlights the need for you to ensure that your
own supervisors exhibit behavior that is conducive to strong
employee productivity and maintaining a workplace that is
devoid of hostility.
The lesson from this study: lead by example. Work with
your supervisor